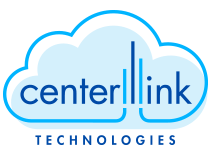 The Network as a Transformational Strategic Asset

In truth, the heightened focus on the network probably had something to do with all of them. Somewhere along the way, networks stopped being tactical and started being strategic. CIOs and CEOs alike now recognize that high-performance network services are core to supporting their business strategy; that is, their ability to quickly share data internally, distribute data externally, and to collaborate globally.

A new IDG Research Services study verifies this shift in perspective on the part of enlightened enterprises, and how quickly that shift has taken place. In 2011, only 38% of IT leaders perceived their network as a strategic asset; i.e., a way to advance organizational goals and create competitive advantage. In 2015, that percentage jumped to nearly half: 49% now view the network strategically, even transformational.

In this new paradigm, enterprises can no longer think of networks divorced from what runs on them, nor can they apply a “set and forget” mentality. Enterprises must apply a new dynamism to how they deal with their network. When the network becomes strategic, so too must its management.

Connect with us
© 2017 CENTERLINK TECHNOLOGIES. ALL RIGHTS RESERVED.

What’s a cloud services broker, and why do you need one?Uncategorized
AT&T’s NetBond offers secure transit via network cloudUncategorized